“Know the chink in your armor.”
—Baltasar Gracian

“If a battle cannot be won, do not fight it.”
—Sun Tzu

“I hate when a director says to me ‘Here’s how I envision this scene’…excuse me? It’s right here in the script—I ‘envisioned’ it FOR you. Do what I wrote. If you want to ‘envision’, you should become a writer. Where the fuck were you when the page was blank?”
―Harlan Ellison

“You sit in a room and work hard. Somebody once said to me, and I have never forgotten it, that you can’t be a social butterfly and a bestselling novelist. That is right.”
—Barbara Taylor Bradford 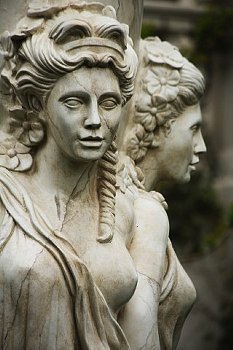 “It may be that what you could be haunts you. It is real. It is a weight you have to carry around. Each failure to become, to be, is a weight. Each state you could inhabit is a burden as heavy as any physical weight, but more so, because it weighs on your soul. It is the ghost of your possibilities hanging around your neck, an invisible albatross, potentials unknowingly murdered.”
—Ben Okri

Every word is a prejudice.

During the journey we commonly forget its goal. Almost every profession is chosen as a means to an end but continued as an end in itself. Forgetting our objectives is the most frequent act of stupidity.

To accept a faith just because it is customary, means to be dishonest, to be cowardly, to be lazy. And do dishonesty, cowardice, and laziness then appear as the presupposition of morality?

Perhaps truth is a woman who has reasons for not letting us see her reasons?

Morality is herd instinct in the individual.

I say unto you: One must still have chaos in oneself to give birth to a dancing star.

Formula for our happiness: a Yes, a No, a straight line, a goal.

My Other Sites & Blogs