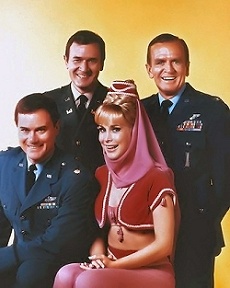 Happy 85th birthday to Barbara Eden. She portrayed Jeannie on “I Dream of Jeannie,” which was one of my top two favorite shows when I was a young girl.

I wanted to BE either Jeannie OR Samantha from “Bewitched” (my other favorite show). I even had a bottle that looked like Jeannie’s bottle and I’d pretend I was a genie OR a witch. I also wanted a guy who was crazy about me like Major Nelson was about Jeannie, too. 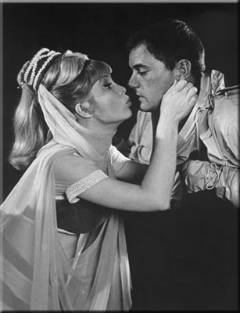 The funny thing is that I became a real-life witch when I was 18 and have been ever since. Gee, I sure wish I could twitch my nose to make things happen or just — POOF! — transport inside my personal bottle when I wanted to. Oh yeah…I did end up with a man who is as crazy about me as Major Nelson was about Jeannie, so there’s that, too. ❤

When I think of the word ‘classy,’ Barbara Eden and Elizabeth Montgomery embodied that word for me. Along with Donna Reed, I might add (I also loved her, too).

My Other Sites & Blogs